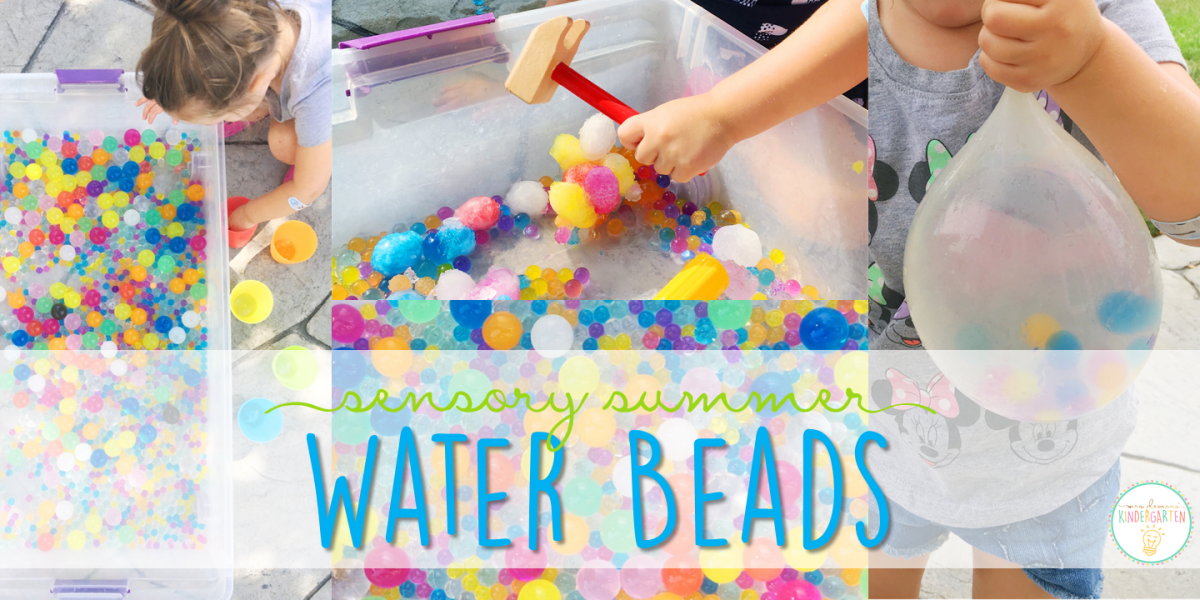 I say this every year but I CANNOT believe how fast summer has flown by! We have really loved having all of our sensory summer bins to look forward to each morning, and will be taking a few weeks off before starting our regular “school” schedule. You’ll have to stay tuned for our Baby Bins and Preschool plans but until then here are 10 ways to play with water beads! 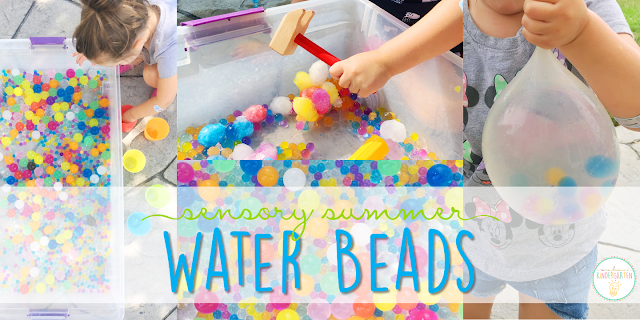 *Disclaimer: While water beads are a super fun and engaging sensory experience, they can be very dangerous if swallowed (or costly if put down your drain), so PLEASE use with caution and very close supervision! NEVER let children play with water beads alone.

If you want to gather all of your materials before you start, we found almost everything we needed at Target, The Dollar Tree or on Amazon. Here are all the materials we used:
**This post contains affiliate links for your convenience. View our full disclosure policy here.**
Water Beads
Large Water Beads
Colored Cups
Funnels
PVC Tubes
Measuring Cups
Scoops
Small Bottles
Ice Cube Trays
Balloons
Light Pad
Clear Tray 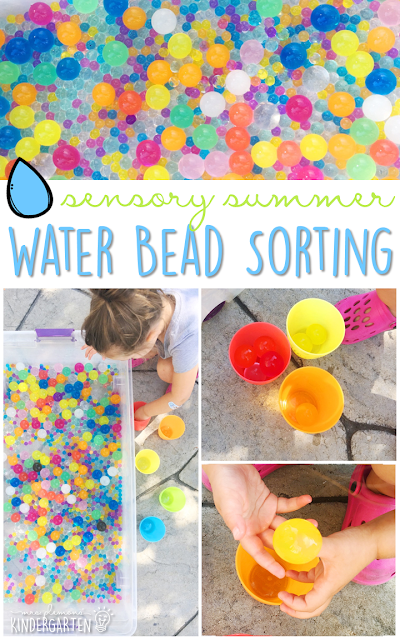 Water Bead Sorting:
We started out the week by filling our Under Bed Clear Storage Bin with regular water beads and
giant water beads. Then we used our colored cups for sorting and exploring. 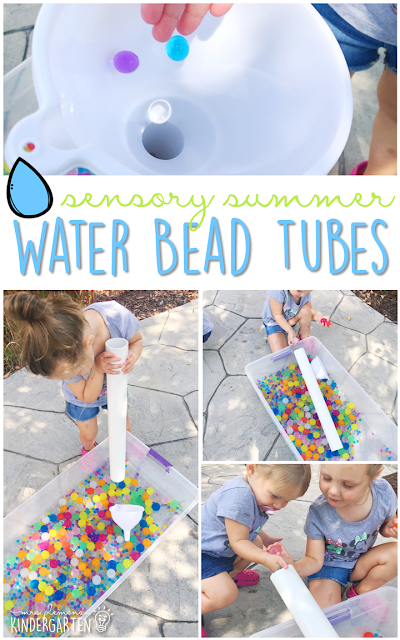 Water Bead Tubes & Funnels:
Next, I added in a few funnels and PVC tubes. The best part about this play idea was that it kind of forced my girls to work together because one had to hole the tube/funnel while the other dropped the water beads in. 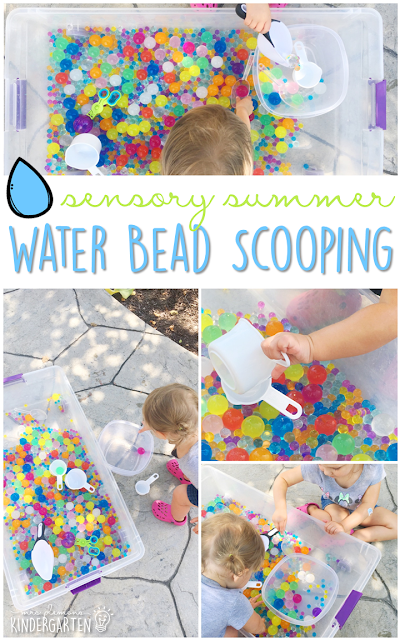 Water Bead Scooping:
Our next play idea was simple but kept the girls so busy! I added a few measuring cups
scoops, and empty tupperware containers and the girls had a great time scooping, dumping, and exploring.  They especially loved that the beads bounced as they dropped them in the containers. 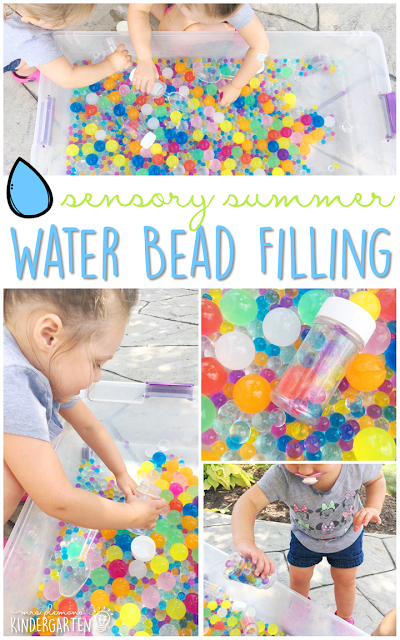 Water Bead Filling:
After the girls were done filling up the large containers, I challenged their fine motor skills by adding in small empty bottles for filling. 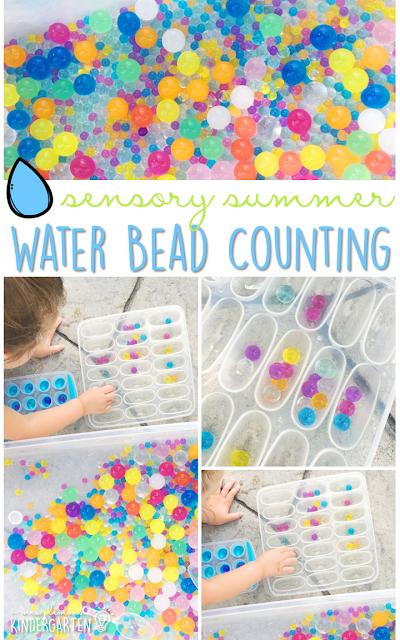 Water Bead Counting:
We used ice cube trays next for some counting practice. First, Madelynn practiced counting one bead into each spot. Then we predicted how many beads would fit in one spot and then filled and counted to find out! 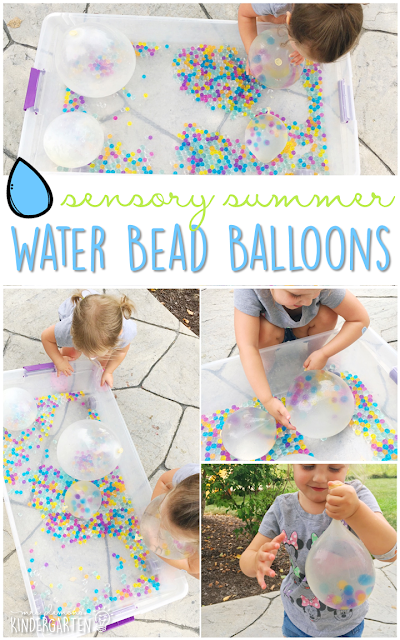 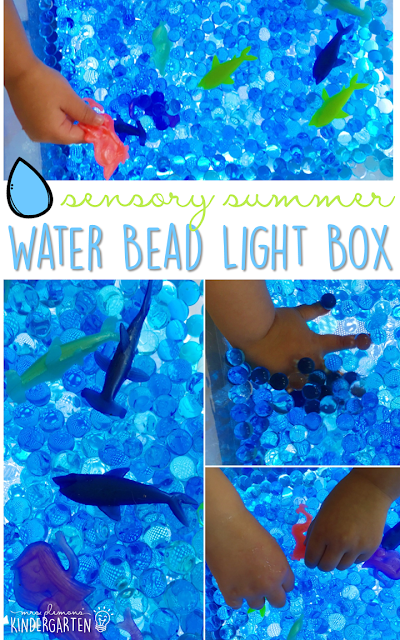 Water Bead Light Play:
For this activity we brought some of our water beads indoors to play with on our favorite clear tray with some stretchy sharks and mermaids. Then I placed our light pad underneath the tray. 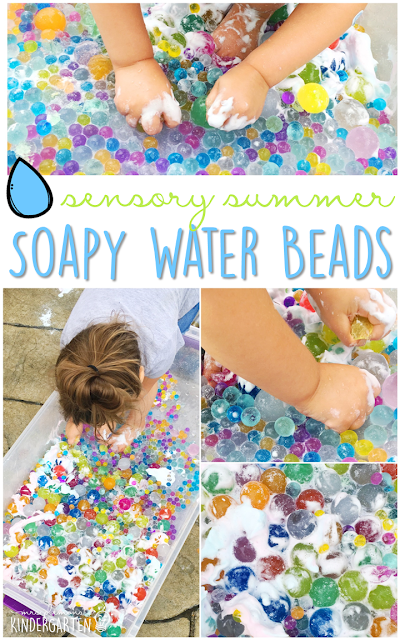 Soapy Water Beads:
Another fun and messy sensory addition to our bin was Mr. Bubble Foam Soap. The girls loved trying to grab and wash the slippery soapy beads as the bounced all over the bin. 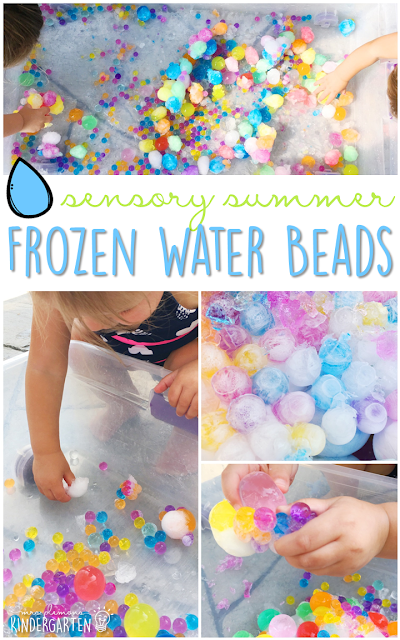 After washing all of the soap off of the water beads I threw them in the freezer overnight.  The next morning we took them out and threw them in our bins.  They slowly thawed out as Madelynn tried to break them up with her hands and by throwing them in the bin. Beware that the frozen beads are super tempting for littles to put in their mouth! My youngest had to sit this activity out after a few minutes since her first instinct was to try to lick them…To be fair they did look pretty delicious 😉 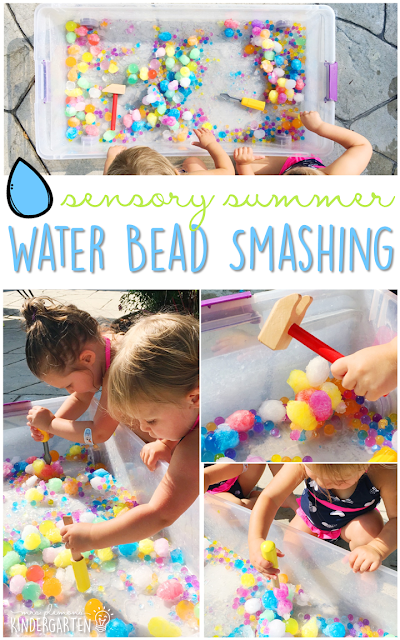 Water Bead Smashing:
After about 15 minutes of exploring the frozen beads I added in our toy hammers and screwdrivers. This was enough of a distraction so Miss Aubrey was able to join back in.  The girls worked together for this grand finale activity. They LOVED smashing and crushing the beads.They were definitely destroyed afterwards so this is a good final activity to try when you are ready to toss a batch of beads.
Do your kids LOVE water beads? What are your favorite ways to play?
If you missed our  previous themes, you can catch up here:
Sensory Summer 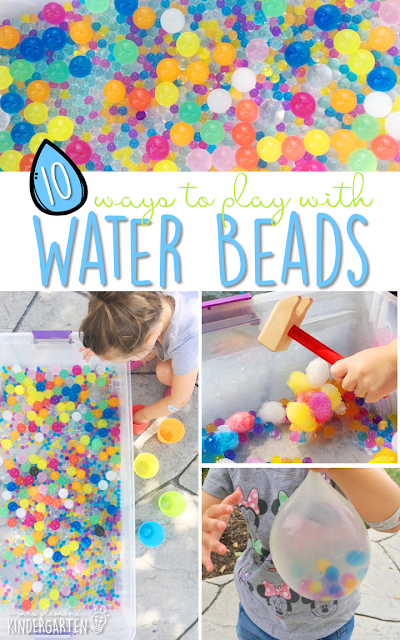